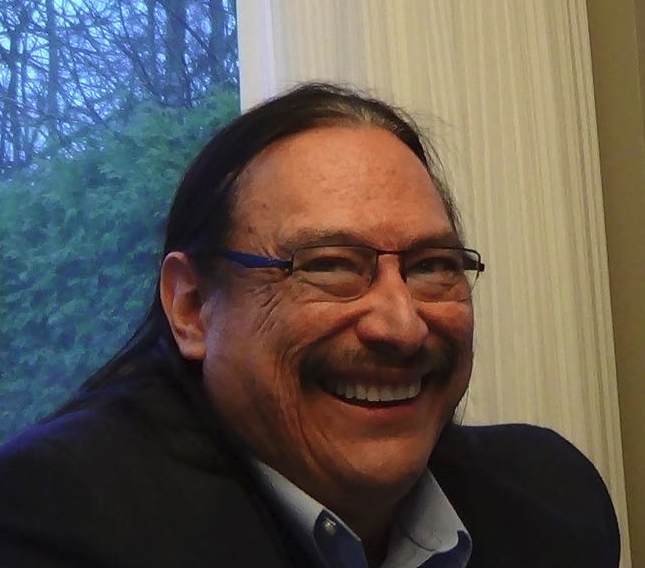 My father was a Mohawk of Kahnawake.  My mother is an Ojibwa from Walpole Island.  I am proud to be reputed to be 100% blood quantum Aboriginal.

For the first 17 years of practicing law, I worked from an office in southwestern Ontario, predominately on the Oneida of the Thames First Nation.  My area of focus was litigation.

Since 2010 I have been refreshing my skills by reviewing the long-held ways which a Mohawk/Iroquois community resolve disputes.  I am grateful to many people who have shared their knowledge.  I now place a premium on the skills of mediation and non-adversarial “peacemaking” but I am a seasoned litigator.

Since April 2017 I have established an office in the Mohawk Territory of Kawenoke/Cornwall Island.  It is the mission of this office to hold accountable any person or corporation who causes discrimination or mistreatment towards Indians/Okwehonwe .  The Law Office of Keith L. Gordon does not discriminate and recognizes all international and domestic standards.

WHAT IS MY PROFESSIONAL EXPERIENCE?​

I have provided research to: the Department of Justice – Canada; the International Labour Organization in Geneva Switzerland; and as a member of the Grant Wedge Task Force during the Bob Rae Government which examined the development of s.35 Self-Government options within the province.

I have represented individual Chiefs and Counsel in their personal capacity, as well as lawyers and a Justice of the Peace from the Ontario Court of Justice.

Other clients include: an urban Friendship Centers, and Drug and Alcohol Treatment Centers in Southwestern Ontario.

My clientele has and always will include individuals of diverse ethnicity and cultures.

THE LAW OFFICE OF KEITH L. GORDON WANTS TO DOCUMENT YOUR CONCERNS REGARDING MISTREATMENT BY THE C.B.S.A.​

I absolutely believe that mistreatment occurring at the C.B.S.A. border in Cornwall must be documented and the information gathered and held in one central location.  There are too many stories or events which go unreported, or if reported are not properly followed through to ensure accountability.

Every time a person is directed to secondary inspection I want to you to refer the matter to my office so that the remedies provided by Canadian law are used.  The C.B.S.A. has a complaint process and its forms are on-line.  http://cbsa-asfc.gc.ca/publications/forms-formulaires/e95.pdf

The Law Office of Keith L. Gordon will act on your behalf to complete the complaint form and ensure that there is a proper response.

The Law Office of Keith L. Gordon will evaluate whether there should be a follow up complaint to the Canada Human Rights Commission to ensure the recommendations made in the Fallon Davis case are building blocks instead of dust collecting acknowledgement of discrimination at the Cornwall border.

Please provide your thoughts about this case in the box below.  Your comments will be vetted but the Law Office of Keith L. Gordon will take steps to ensure your comments are responsibly noted.

Criminal sentencing: The firm successfully argued that Gladue factors justified a house arrest scenario plus community service hours for an adult charged with break and enter to commit an indictable offense.  This office has significant experience in preparing Gladue Reports and in making Gladue submissions.

Bail Proceedings: The firm successfully argued that an individual charged with armed robbery of a convenience store is entitled to bail.  This office has significant experience establishing “release plans” to increase the likelihood of securing bail.  Gladue priniciples apply to bail hearings.

Criminal Proceedings:  The firm anxiously awaits a trial where a defense is claimed to arise from racial profiling of a client.

Clean up: IT IS IMPORTANT THAT YOU SPEAK WITH A LAWYER IMMEDIATELY.  DO NOT WAIT UNTIL A FIRST COURT APPEARANCE OR UNTIL LEGAL PAPERS ARE SERVED.  I have encountered individuals who find themselves in a hole because they delayed speaking to a lawyer.   If in doubt, contact a lawyer.   To request an appointment at my office at 34 McCumber Road North in Kawenoke please email me or contact me at my office at 613-361-9113.

A REVIEW OF CASE LAW IMPACTING MOHAWKS OF AKWESASNE​

Commentary on the 2015 Ontario Court of Justice decision in R. v. Shenandoah and R. v. Thompson

This case involvement movement across the Seaway without immediately reporting to the C.B.S.A. office.

Under s. 35(1) Constitution Act, 1982 an aboriginal right to mobility to travel freely within Mohawk territory of Akwesasne.  The argument failed in part because of the “Van der Peet test” espoused by Supreme Court Chief Justice Lamer; and, poor facts.

Section 15(1) of the Charter.  Did the failure to provide more convenient reporting arrangements breach the right to equal protection under the law without discrimination based upon race?  The Judge rejecting the argument stating the disruption was self-imposed by the Akwesasne community.

Section 15(1) of the Charter.  It was alleged that the CBSA has stereotyped all the Mohawks as smugglers and criminals who can not be trusted and therefore CBSA refused to provide alternative reporting options otherwise available.  The evidence presented was insufficient.

Section 7 of the Charter states that “Everyone has the right to life, liberty and security of the person and the right not to be deprived thereof except in accordance with the principles of fundamental justice”.  The Supreme Court of Canada in R. v. Simmons stated a person arriving at a border has a lessened expectation of privacy.  The argument failed in part because the annoyance of crossing first into Cornwall did not rise to the level of a “serious and profound effect on a person’s psychological integrity”.  The Court acknowledged the right to liberty is impacted by the reporting requirement but was a minimal intrusion and consistent with the principles of fundament justice and the need to maintain the integrity of the borders.

Section 2(d) of the Charter: Freedom of Association.  This novel argument was rejected because no one testified that they had been forbidden or excluded from associating with any individual, group or organization.

Please provide your thoughts about this case in the box below.  Your comments will be vetted but the Law Office of Keith L. Gordon will take steps to ensure your comments are responsibly noted.

In 2011 the mother of Dale Dione provided the name of my legal philosophy.

For a variety of reasons a person involved in the Ontario Courts may not be able to tell family members. The Law office of Keith L. Gordon remembers the historic principles of acknowledging harm then making amends and restoring relationships.